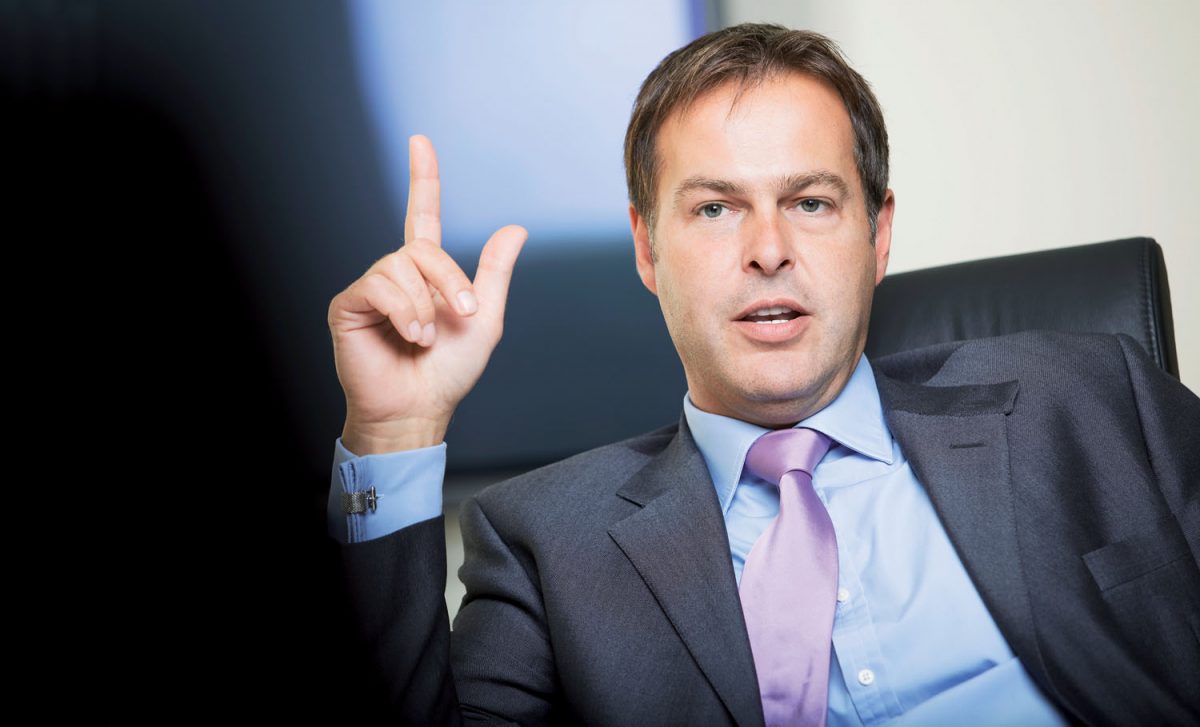 With a net worth of £475 million and a top 500 ranking in the Sunday Times Rich List 2010, Peter Jones is an entrepreneur to be reckoned with. Yet for all his successes, Jones is also a well-rounded individual with a love of life and commitment to making it better.

Like all business people, Jones’ motivation is obvious. In the 24th September 2009 Telegraph article, “Fame & Fortune: Dragons’ Den star Peter Jones”, in answer to the question “Now that you are better off, are you happier?,” Jones replied, “I’ve read a lot of people answer this saying no, and that money doesn’t make you happier, but I disagree. I’ve been in the situation where I didn’t have enough money and I really felt it. Having it has led to the happiest moments in my life.”

Peter Jones combines the drive, intelligence and business acumen that has made him one of the most successful entrepreneurs in Britain today. From a modest background, the effort that his father put into work as an air conditioning engineer inspired Jones to reach for a higher level.

Not just in business but in his life in general, Jones’ life to date demonstrates his passion for living and his enjoyment of what he has. A self-confessed petrol head, Jones has a love of all things auto. He has a healthy portfolio of classic and luxury cars and knows how to drive them. Together with fellow dragon Theo Paphitis, Jones braved the Top Gear track in the reasonably priced car. On analysis by former host Jeremy Clarkson, Jones was told that if he lost some weight (Jones stands at 6 feet 7 inches), he would be the fastest man around the track.

In the BBC follow-up show “Dragons’ Den: What Happened Next: Peter Jones,” Jones showed his love of life and devotion to his family as he jetted them away to his Portuguese retreat for three weeks with wife Tara and five children for some sun and golf with former English football player Alan Shearer.

Made by Mobile Telecommunications

Jones flexed his entrepreneurial muscles for the first time at 16 years old when he established his own tennis academy. He then moved onto the technology industry, founding a PC manufacturing business using his own brand. With his computer company up and running, he turned his attention to the leisure industry. Inspired by the Tom Cruise film Cocktail, he opened a cocktail bar in Windsor, which resulted in a serious loss when he sold out and a valuable lesson. He was to learn the same lesson again when, due to bad debts from customers, his computer business also went south.

Finding himself back at his parents’ home, it was not long before Jones demonstrated his business aptitude and destiny for success. Jones set a new record when he became the youngest ever head of a business unit when he became head of the PC business for Siemens Nixdorf at just 28. Making enough money in just 12 months, he started out on his own again with Phones International Group. Since its inception in April 1998, this wireless and mobile communication company was turning over in excess of £150 million by 2005/2006.

Upon his success, he continued to start new ventures, including Wines4Business (a corporate wine and champagne provider), Celcius (a specialist recruitment firm) and Wireless Logic (a machine-to-machine technology company). He has built up a portfolio of properties and has invested in a number of enterprises via Dragons’ Den.

Peter Jones is the slick one amongst the dragons. With a quick wit and a keen eye for detail, Jones offers something a little different from his contemporaries. Like the other dragons, Jones is quick to seize a good opportunity and his investments from the show have led on to some successful businesses. Levi Roots’ jerk chicken sauce is one of a number of these which has gone on to make the Reggae Reggae man a tidy sum.

Jones does not generally show a fiery character in the program. He rather makes light of poor pitches or bad business opportunity with his turns of phrase and insightful comments. Yet he drives a hard bargain and has a steely temperament that has clashed with his former fellow dragons, namely Duncan Bannatyne.

On one occasion in the show, Bannatyne undercut Jones’s offer which led to a sour reaction “You’ve just put a guy on the bloody edge here and you’ve just completely been a sly little sh*t.” In the 4th July 2008 Mirror article “Dragons’ Den’s Peter Jones taunts Duncan Bannatyne over “facelift”’, Jones derided Bannatyne for a supposed facelift, “The egos and edge have really come out. Probably Duncan’s the worst. We got on a lot better, but you will notice each series he looks younger.”

With his astute judgment, Jones is quick to see a good thing, even if the business opportunity may not be that great. In series 8, episode 10, Jessica Radcliffe was looking for an investment in her online computer game swapping website. Not convincing the dragons that the project actually had any longevity in bringing a healthy return, Jones was nevertheless impressed. His closing comment to her, “If there comes a time when you want to work for an organisation in the online space that is worldwide, send me an e-mail.”

For future Dragons’ Den hopefuls, Jones is the pick of the bunch to impress. He may not have the retail experience of Paphitis, but in a business situation, where there is money to made from a good idea, he is the perfect person to move any business in the right direction.