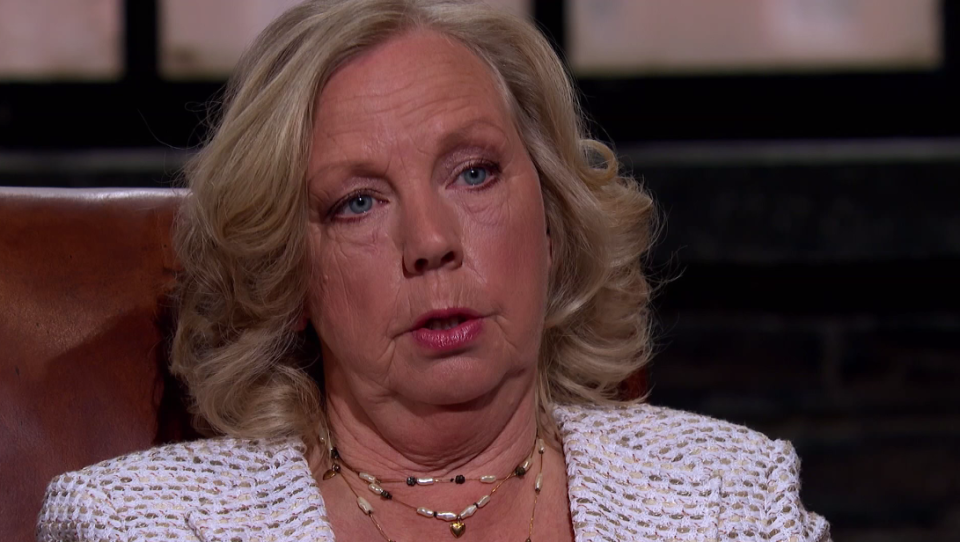 Deborah Meaden is one of the most successful and famous female entrepreneurs in Britain today. With a handsome fortune and a great life to boot, she is also more than just a business woman. In business so in life, Meaden does not like to faff about. She is a straight talking, no nonsense lady with a great head for business and energy to succeed.

Meaden; What You See is What You Get

With the old adage, “Don’t believe everything you see or hear on television,” so it is with Deborah Meaden. In the 18th June 2009 Daily Mail article, “ Why the real Deborah Meaden is not such an old dragon after all,” Deborah Ross found this out when interviewing the business woman. “She’s warm and she’s friendly and she’s funny – and she laughs a lot. She does have a non-business mode, though you’d never guess from Dragons’ Den, where she is all frosty and stern.”

Moving to Essex from Somerset with sister Gail and her divorced mother, her knowledge about life and business came from her mother and stepfather’s example as they built up a holiday park and leisure company while the two girls went to boarding school.

She returned to Somerset with husband Paul. The couple resided in a restored model farm. Her family is made up of Friday the cat (acquired from the RSPCA), two dogs, five horses (three of which are rescue animals), 11 chickens and four ducks. Her love of animals has seen Meaden become a member of the Council of Ambassadors of the World Wildlife Fund.

Meaden’s rise to fortune demonstrates a lot about how possible it is to make a lot of money with just a few tools. In her book Common Sense Rules: What You Really Need to Know About Business, Meaden explains as she demonstrates through her life that being successful is a matter of putting all the right pieces together such as seeking out opportunity and seizing it, getting the facts fast, keeping the pace up and remembering to listen. Meaden’s business life is dominated by her strongest feature, “common sense.”

Her first taste of entrepreneurship is no exception to her common sense. At 19 years old, Meaden moved to Italy and started an export agency, selling ceramics and glass products to clients, including Harvey Nichols. When the company started to wobble, Meaden got out. The company had folded after just 18 months. From this experience, Meaden learned one of her most valuable business lessons. In the 16th August 2008 Daily Mail article, “The only deal that Dragon Deborah failed to close? Children”, Meaden explains, “I consider it a failure to slog on with a business that is going to die sooner rather than later. And that’s a skill I’ve had from my very, very early days,” she says. “It’s very difficult to realise that you’re not going to make any money out of something. A lot of people are blinded. They think, ‘I can’t give this up. I’d feel like a failure.’”

Meaden’s fortune came about by her involvement in her family business Weststar Holidays. In 1999, she bought a majority share building up the company and in six years, the business was providing holidays for 150,000 people. In 2005 she sold a stake in company to Phoenix Equity Partners for £33 million, finally selling out completely in 2007 for £83 million to Alchemy Partners.

MORE ON THIS TOPIC

Together with her later ventures and her Dragons’ Den investments, Meaden now enjoys a net worth of £46 million. With respect to Meaden, her business life does not read in quite the same way as her fellow dragons, yet she has shown in her professional life that she has that key “common sense” ingredient to know what works and what does not, which has made her one of the most successful entrepreneurial women in Britain to date.

When Rachel Elnaugh left Dragons’ Den at the end of series 2, the option for Meaden to join the show was not entirely tempting. In the Start Ups article entitled “Deborah Meaden”, the would-be dragon was a little reticent, explaining, “I’d watched the show and thought it was a great programme, but I’m a very private person with a pretty nice life. I didn’t want that changed.”

After a screen test, however, Meaden finally changed her mind, commenting in the article quoted above, “It was a challenge and I enjoyed that. I’m so competitive that by that point I knew I would have been really disappointed if I didn’t make it.” Her presence on the show has added to the variety of personalities and business skills that make the show so enjoyable.

Sitting amongst her alpha male contemporaries, Meaden is by no means dwarfed by her fellow dragons. For what she might lack in business dexterity in comparison with the other dragons, she makes up for with insight, shrewdness and her ability to rip the hopeful entrepreneurs apart. She is the master at making the contestants squirm with her fiery outbursts. And her presence on the show tests every ounce of courage the budding business people might have had before she started with them.

To date, Meaden has invested in many different ventures. Her investments range from technology to fitness to retail to the service sector. Most notable among these is MixAlbum.com (now fitmixpro.com), a website selling dance music using a unique auto-DJing system. With Theo Paphitis also investing in the venture, the company now has deals with major names such as Sony BMG, EMI and Ministry of Sound.

With the number of investments Meaden has made to date, she has shown a willingness to invest and can be persuaded when the deal provides a challenge and a clear potential for return. What she is most feared for is her ability to pull apart an ill-prepared pitch and a company with some serious flaws. She explains, “Our job in the den is to be Dragons and establish whether or not something is a good business idea. What frustrates me, and probably annoys me most, is when people don’t come properly prepared. This is a hell of an opportunity. You’ve got five people sitting in front of you, who not only have the cash and want to invest, but can take your business from zero to hero like that.’ She clicks her fingers. ‘Don’t waste the opportunity. It’s the only thing that really bugs me.’” (Daily Mail article quoted above).